Why I'm an advocate for the flu vaccine 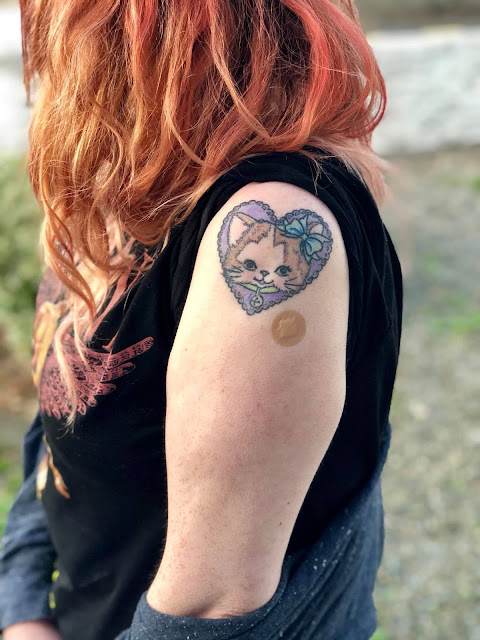 In 2014 I contracted the flu. My immune was still down from chemotherapy, and I stupidly, completely forgot to get the flu vaccine. This was probably one of the biggest regrets of my life. You see what most people consider "the flu" is a mere cold. We are prone in Ireland to believe that the flu is quite common, we use the word nearly in every day life to mean we are feeling unwell. We think common colds, when bad, is the flu. Not everyone will even contract the flu in their entire life. Because of this, we have downgraded the virus in our society, the lines are blurred.

I was on a high finishing treatment for Hodgkins lymphoma, ready to get my life back on track with college and work. I wasn’t thinking about the flu, or the flu vaccine, or anything medical at all.

In 2014 I contracted the flu. I thought cancer was bad enough, I thought Ehlers-Danlos syndrome and my comorbid disabilities were bad enough ...but I was about to find out how unwell I could actually get. Weeks of delirious shaking and sweating and sleeping eventually subsided. Eventually I could stand up without falling over, eventually I could speak properly.
Read more ➤➤➤
Posted by CrippleBaby at 02:49:00 No comments: Links to this post

Hi veggie food fans! Thought I'd share with all of you some of what I picked up on my July trip to Sainsbury's in Newry. For those living in NI (or indeed anywhere Sainsbury's exist) or on the border like myself, then I strongly suggest taking a trip in to your local store who have upped their serious vegan/ free from game the last couple of years. Most of these items were vegan friendly, with a couple being only vegetarian. 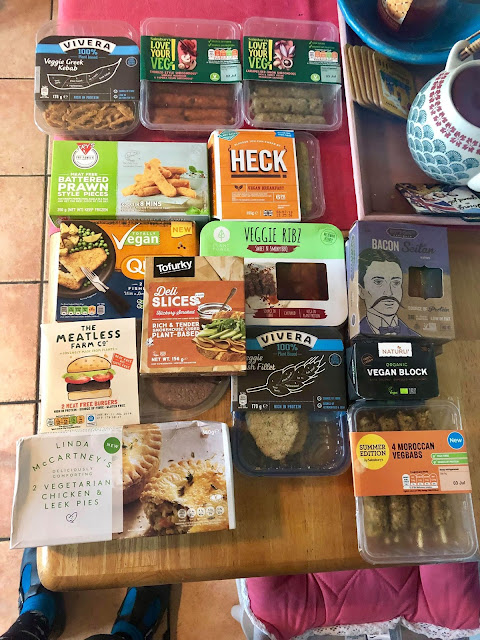 For those in the know, Veganuary has became a popular phenomenon in which usual meat eaters or vegetarians decide to transition to an all animal-free diet for the month of January. With the decline of meat eating during this post-holiday diet season, naturally the bigger food chains would pick up on the trend and produce what the consumers want to see - A varied range of food suitable for those who don't, or can't, consume dairy, eggs, gelatine and other every-day meat byproducts. This includes meat alternatives, which are particularly a transitional favourite to many who have consumed meat their whole lives and are going cold turkey (excuse the pun), as well as general "junk food" favourites. After all, being vegan or vegetarian is not about being "boring" or healthy or denying treats for many. It's about finding a comfortable balance between your ideology (love for animals, wanting to live a more sustainable lifestyle, and so on), while feeling you and your family can easily adapt. It shouldn't be hard and only for the elite.

Following on from January each year, store bosses obviously decide to take many of these products off the shelf, as numbers in veganism decline again for another year. However many of us have noticed a trend the last couple of seasons -higher proportions of those who try the change for the month either remain as vegan, or drastically adapt their normal meat product consumption. Each January, we are seeing more and more products saved from the February chop. Hence the growing number of delicious and versatile alternatives to test out.
Read more ➤➤➤
Posted by CrippleBaby at 21:19:00 No comments: Links to this post 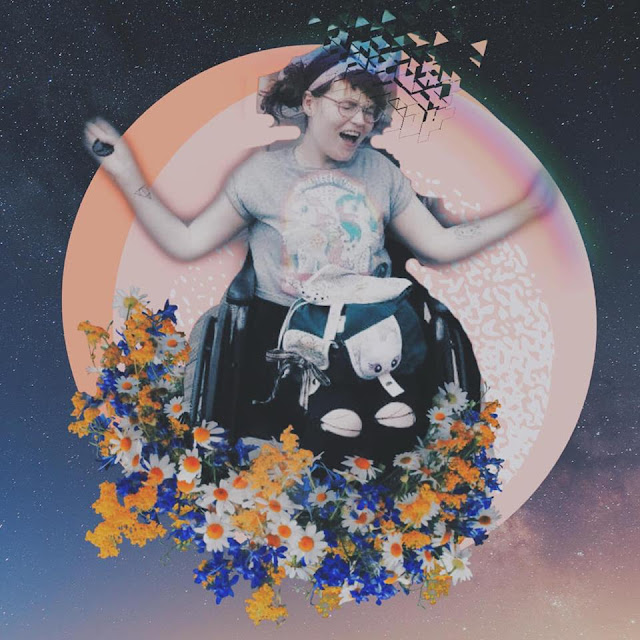 Today is International Women’s Day. A day when we consider the inequalities in society, including wage gaps, social standing, opportunities, domestic abuse. The often invisible and overlooked females in our communities and workplaces.

Now stick that person in a wheelchair, or a walker, and isolate them with inadequate public transport, tell your children to stop looking at them or that they can't ask questions, take away representation in films and tv and books, create buildings as tall as the skies and pile obstacles all along the sidewalks and pathways. Don't call out when people take our parking spaces, or skip us in queues, or make assumptions based on our young age... refuse to listen to those affected by all of the above.

Don't get me wrong -all my aids are works of beautiful engineering that gift me freedom. They're not the villain in my story. But there is only so much they can do in a society not built for them.
Read more ➤➤➤
Posted by CrippleBaby at 23:38:00 No comments: Links to this post