I've been meaning to write a post like this for a while now, a short guide if you are considering becoming vegan and happen to live in Ireland -A very non-vegan place! Just the food stuff for now. My experiences written here are mostly based around shopping and dining in Dundalk, Ardee and Carrickmacross, so unfortunately, the supermarkets near you may vary -as many Tesco and other supermarkets do from town-to-town.

Pasta and Breads: I was surprised to find out that a lot of breads are vegan (apart from the Irish soda breads, of course) and store-bought pastas that don't say 'fresh pasta' on them -So no alternatives needed there! Just check the ingredients on packs. Usually allergy words like milk and eggs are in bold.

Spreads and Sauces: In Ireland we have dairy free margarines such as Pure (Sunflower, olive and soya varieties) and Dunnes Stores own brand (which is much, much cheaper, and I think lower in fat) SunLite. If you want to try Pure anyway, it's available in Tesco's and Dunnes Stores. Most tomato based pasta sauces are fine, but again, simply check the back of the jar. Or even better (and healthier) make your own with tinned tomatoes. It's insanely easy and cheap.
I love pesto and that's one thing I missed (there's hard cheese generally in pesto -which I found out recently a lot of people don't realise). I discovered a delicious one in the SuperValu in Ardee (some home-made brand, can't remember the name right now, *sad face*) and then also made my own version... Ok, ok, Bicky made it. He's back to being a part-time stay at home wifey and fur-baby daddy... And apparently a pesto making expert. So easy to make and so delicious... Nom nom... anyway, where was I... Oh mustard. If you're looking for bit of an extra kick in sandwiches, most mustards are grand. Another good one is egg free mayo -available from Holland & Barrett and the PlantGoodness24 website.
And of course, the forever love of every vegan, the one and only, sexy hummus. 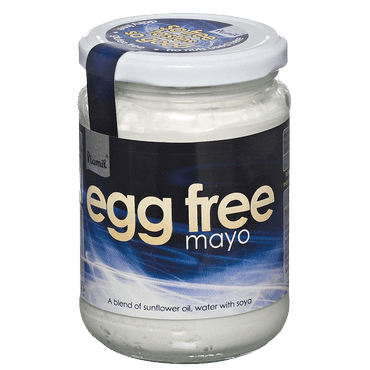 Fake Meats (Alternatives): Some vegetarian foods are also accidentally vegan (get used to that term! It's everywhere... Google it if you ever want to read other vegan food lists). Linda McCartney sausages (which in my opinion are waaaay tastier than the Quorn version) are also suitable for vegans (available in Tescos and Dunnes Stores), and Aldi have two vegetarian burgers which also happen to be vegan. Hooray -Check out their "Mae's Kitchen" bean burger and vegetable quarter pounders. I should point out here, that I was temped to put the above items under the "Junk Food" section. They are at the end of the day processed foods and basically junk... Like I'm not against the odd treat, but don't be under the illusion that because something is marked vegetarian or vegan that it is automatically healthy. You can be vegan and eat chips or processed shite all day... You just won't feel very good. In that case, you might as well
just eat meat. Saying that, stuff like this is good if you are transitioning. Check out PlantGoodness24 for more vegan "meats".
Oh and of course, tofu! Glorious tofu. I love it simply cut into cubes, fried until crispy (using FryLight spray rather than oil, for extra healthiness) with dried chilli flakes, salt and bit of pepper. Another healthy meat alternative is soya protein mince from Holland and Barett's. Add water, as instructed on the packet, to swell. Then do what you like with it -I like to fry up onions and mushrooms and add the prepared mince with soya sauce. Makes a great mix for the likes of cottage pie or sloppy Joe's. 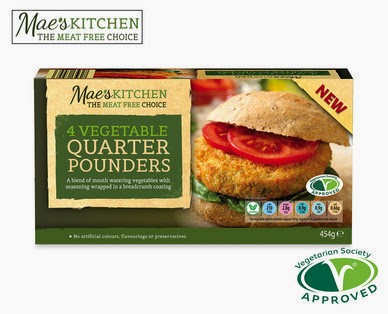 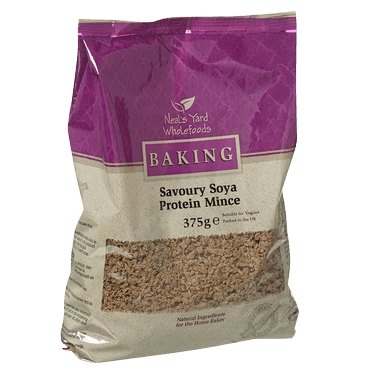 Milks and Cheeses: Milk is an easy one, and I think everyone knows them by now -There's Soya, rice, almond, hazelnut, coconut and oat varieties. Available in most big supermarkets. I like soya, but everyone's different. Almond and hazelnut are nice in cereals. Best just to try them all and see what's your favourite.
Vegan cheese is an awkward one to get in the shops (unless you live in Dublin or one of the cities, maybe... is it any easier?). I've bought it a few times from this Irish website: PlantGoodness24 May seem pricey for what you get, but consider this -It is one of the only places you will get vegan cheese, and nice ones at that. I suggest the Violife brand, both the slices (all the flavours) and especially their herby spread one. It's different than cow cheese of course, but have to say I prefer it to animal cheeses.
SuperValu (the one in Ardee, anyway) also have two vegan cheeses which I tried recently and liked. One is a mozzarella version and the other says it's meant to be like cheddar slices -Although it is definitely more like those processed cow cheese slices. Holland & Barrett, and that Plant24 website, both also sell vegan cheese powder for making sauces.

UPDATE 2016: Vegan cheeses are now readily available in this part of Ireland! Check out Tesco and Dunnes stores (in Dundalk anyway). If you want something creamier, go to Sainburys in Newry -they have a few of their own brand. 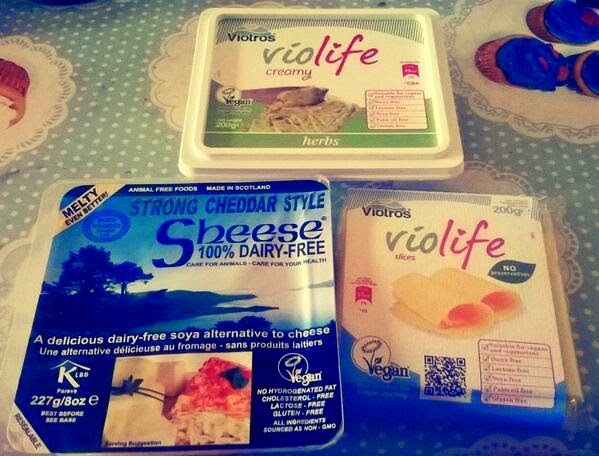 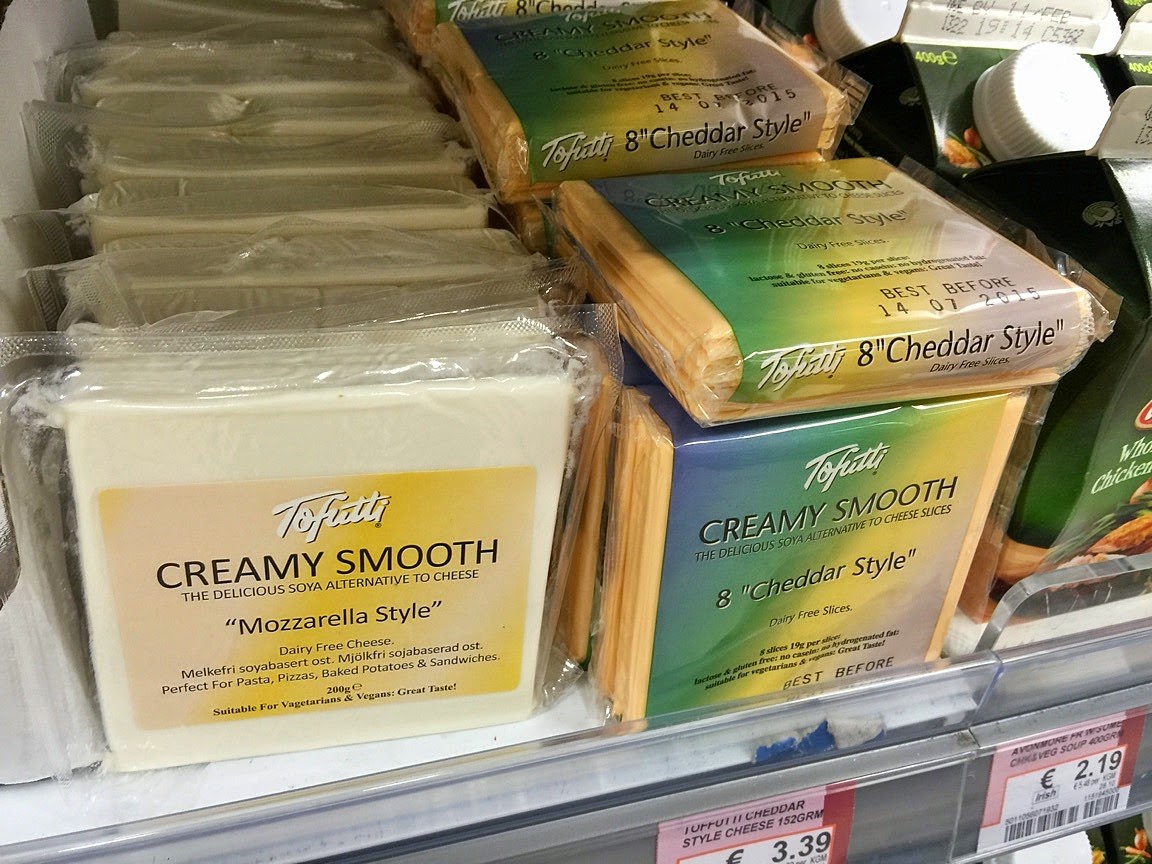 Oh and not a food item, but vegan multivitamins anyone? ...Multivitamins aren't vegan? Haven't a bloody clue. I assume gel capsules are probably, mostly animal gelatine, but besides that -Have not a clue. Anyway, Holland & Barett's sell them if you fancy any. 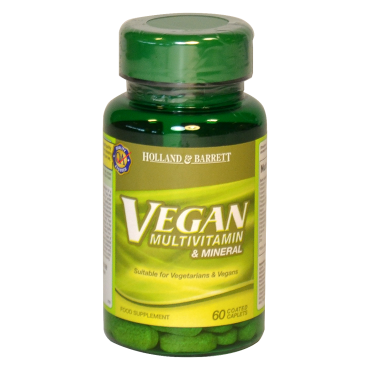 Fruit of course should be your first point of order for something sweet, and nuts (assuming you aren't allergic) and popcorn are good for those of you who enjoy savoury treats. But if you want something a bit extra, try these too...

Sweet:
Most jelly sweets have animal gelatine. If you're unsure, Google the item and you'll probably find the answer on a forum. Jelly Tots and Starburst (which I still call Opal Fruits... They will always be Opal Fruits to me) are animal friendly, so eat away!
A couple of accidentally vegan (there's that term again) biscuits include- Jammy Dodgers, Ginger Nuts and Chocolate Bourbons. But again, check the ingredients list. Some brands do vary. And Oreos! Those creamy, American cookies are also a vegan delight. Apparently Hobnob's and those pink wafer ones are too, but I have yet to check their packets.
Holland & Barrett have a variety of dairy-free (and egg-free, of course) chocolates, and just today I saw they also now have dairy-free Easter eggs. STAY AWAY FROM CAROB. If you recall, I tried it before. And it's the f*cking devil. I still have nightmares.
Tesco's have soya yoghurt's -Various Tesco brand fruit ones as well as Alpro's creamy caramel, chocolate and vanilla.
Blend up a banana, ice and any dairy-free milk for a delicious milkshake -I swear, it's surprisingly just as good! Or add extras and freeze for a lovely, cruelty free "ice-cream". Alpro also do a strawberry soya milk.
Like baking? Plenty of vegan baking recipes on-line or check out this book. 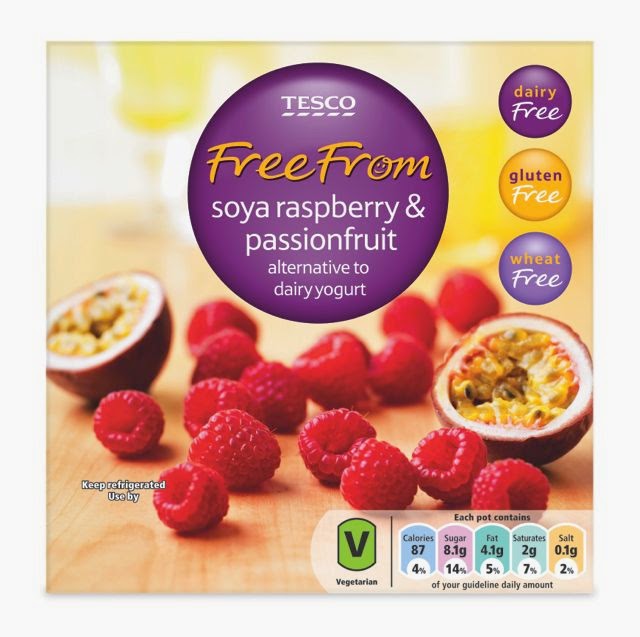 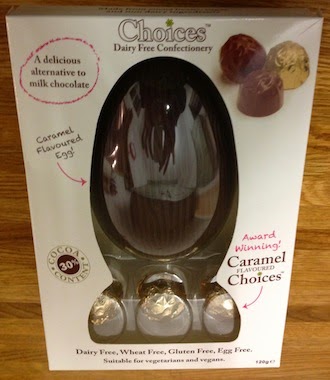 Savoury:
Crisp wise, most cheese and onion flavours are out. If it says things like: cheese powder, lactose or whey powder, then you should probably avoid. The only vegan cheese and onion ones I have seen about are Hunky Dory cheese and onion. Most salt and vinegar and ready salted are ok, but not all, so check the bag. A lot of the corn snacks style of crisps aren't vegan, so watch out for that.
Most tortilla chips, such as Doritos, contain milk -Except the chilli/ spicier versions.
All Walkers products that are vegan can be viewed here.

This won't be a long paragraph at all, ha! Chinese and Indian restaurants are probably the handiest, although do ask about what veggie dishes don't have egg or milk just in case. In Dundalk, I absolutely love the Aldephi Jade's and the Jade Garden's (owned by the same family) salt and pepper "bean curd" aka tofu -Which is actually tofu fried in chillies and garlic. It doesn't seem to be on their menu any more and it was in the starter section, but I regularly ask for it and a main course size, so they do still do the dish -Add boiled rice. Eating in? They have soya sauce on the table, add some to the rice for flavour as it's a dry dish... They have a tofu main course on their menus (assuming it's still there, I think in black bean sauce) but I don't like it. Sauces make soya too soggy, for my liking.
I don't dine out much, but in my experience, you're only going to get a plain salad or some plain vegetables and spuds, in this part of Ireland -Which to be honest, I love eating anyway... You would think chefs get bored and would like to try something different, enjoy the challenge of thinking up and cooking a vegan dish (when booking I always warn in advance that I'm a vegan), but this isn't the case. Ever.
If you're just getting a sandwich somewhere, you should be ok. I don't get a chance to 'do lunch' much but just get a salad sandwich and ask for a sauce like sweet chilli or something that isn't creamy. Going to Subway? The only vegan bread is the Italian.
I suggest if you live in Co. Louth, Co. Monaghan or anywhere near, go to the Courthouse in Carrickmacross for special occasions. They have a vegetarian/ vegan menu! Just ask for it and ask the waitress which items are vegan. I had tomato soup to start followed buy tempura vegetables -Both NOM! (They might not have those dishes when you go as apparently they change the menu regularly). Here's what they look like... DROOL... 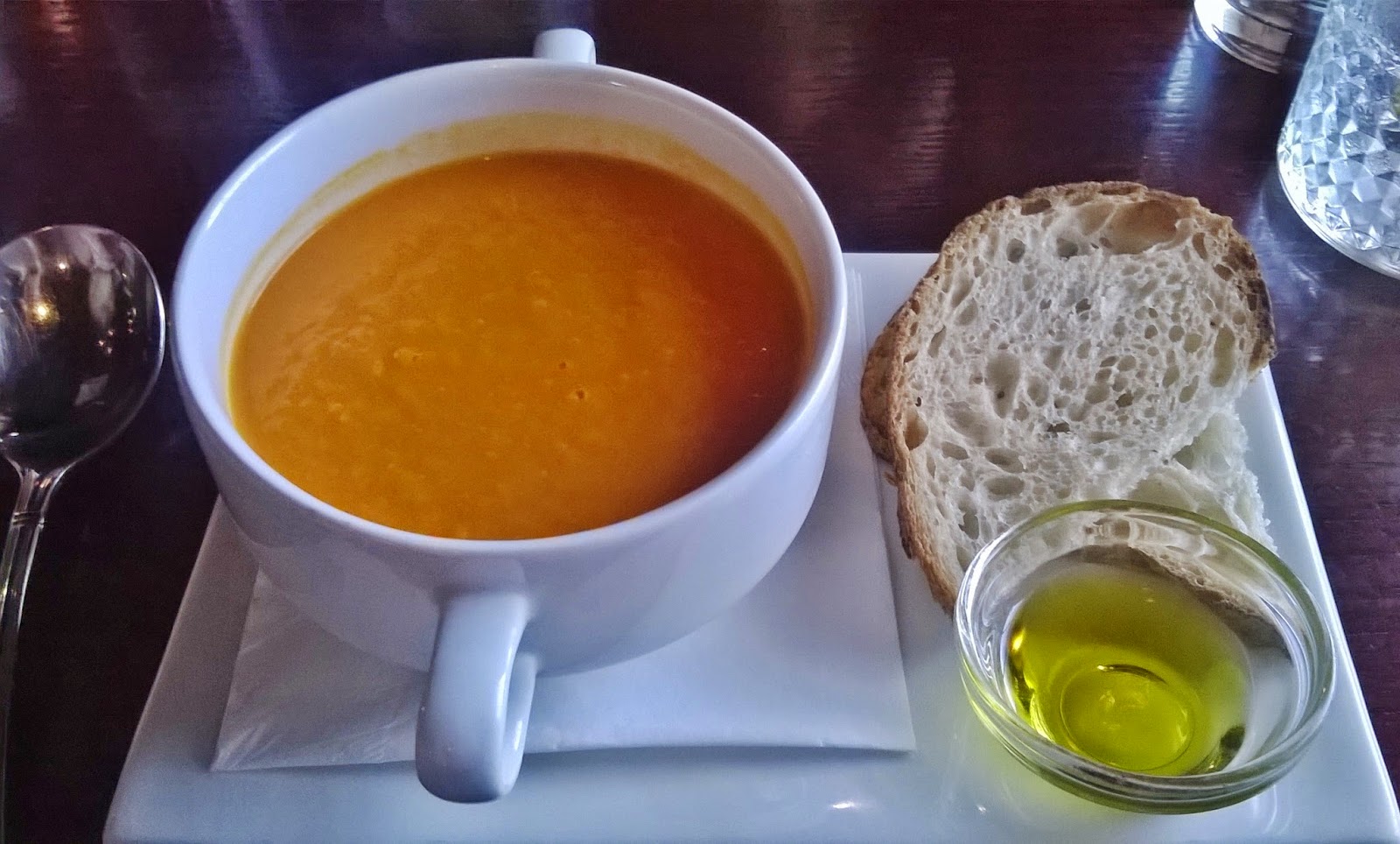 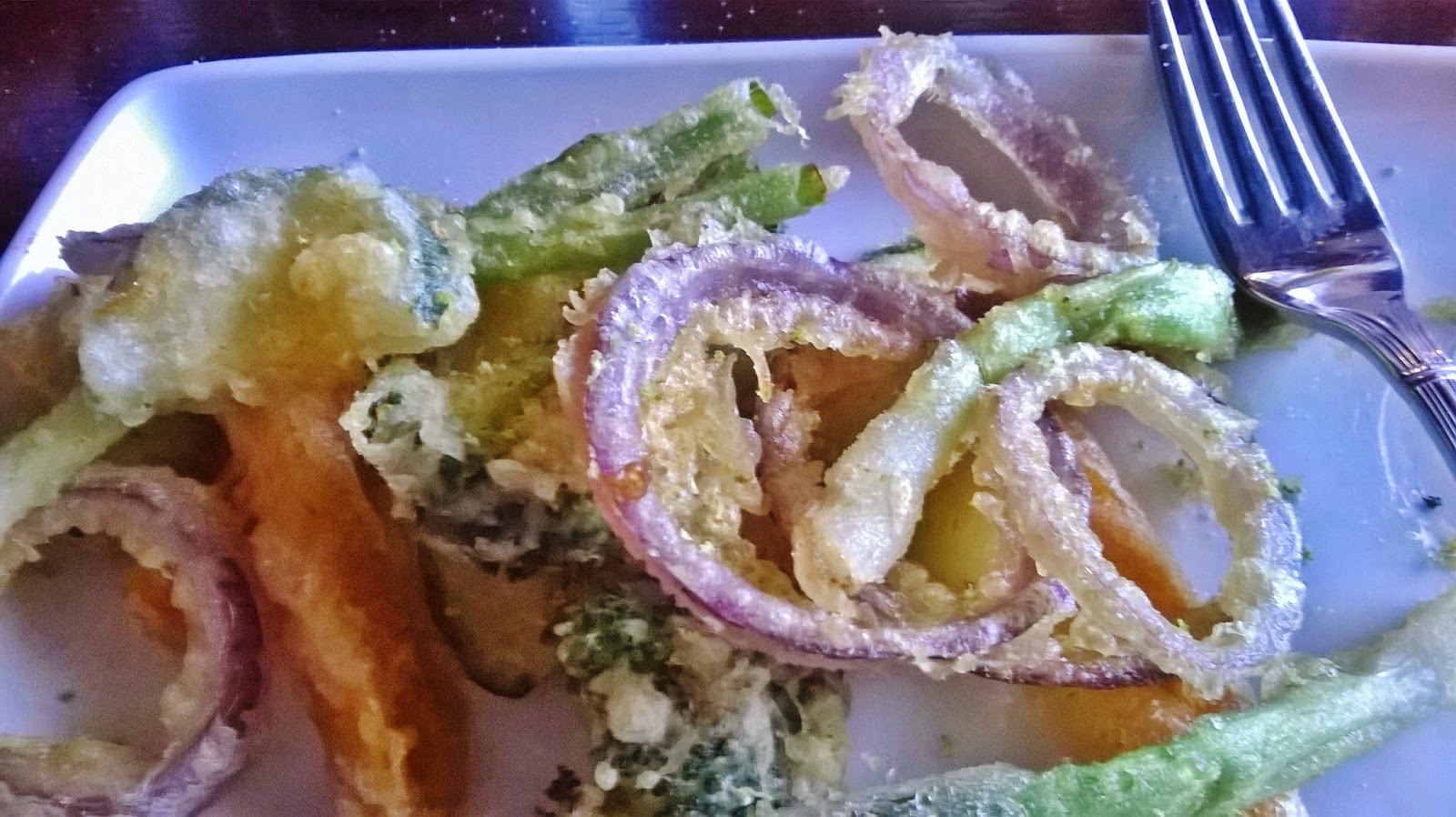 ...Ok, that is totally it for now, as my fingers are going to fall off. I'll do something on ethics, honey, palm oil, the destruction to the planet and all that jazz in a separate post on a later date.

I'm away now to dowse meself in hummus and make my own hemp clothes, and other fun things vegans do be at.

Edit: In case you missed any of these vegan recipe blog posts, here ya go:


UPDATE 2017: Check out my latest post with vegan recipes...