Howdy followers -on this, the day of my birthday!

I'm a whole big 31 years on earth today! (...That sounded odd... I don't mean like I was on a different planet before or anything... This is a really dumb intro).

Anywhosy, unless you are completely new around here, you'll probably already know that in December 2013 I was diagnosed with cancer (Hodgkin's lymphoma, to be more exact) and was very luckily declared cancer free by my scan in September 2014 (scup science! -And also I should point out, contrary to that post, there is no going back to "normal").


...Simply a blip in the road (apart from like all the long-term side effects, and I'll bypass the bit about not really being in remission until the five year post-treatment mark, this is meant to be a happy post, sciencedamit!).

And of course it changes many things about ones inner self... yadda, yadda, all that jazz! But today's point I want to make is in relevance to birthdays and becoming older. Not so much this year, but definitely with the milestone of last year (turning 30... on this planet anyways; I'm 208 years old on my home planet) I found people asking the usual, "are you nervous, turning 30/ getting old?" -Hell, I had cancer, to say another year alive is a bad thing would be incredibly dumb! A complete dishonor to those cancer patients who weren't so lucky to make it another year...

So: to being 31, to being another year older -Cheers!

Getting older means I am alive.

...and lets hope for my 32nd birthday that I have either a partially new hip or fully new hip as a present!

Oh and also thanks to my lovely Bicky for cooking a delicious vegan birthday dinner for me last night. I was even able to sit at a kitchen table, on a kitchen chair, like a real human for a while, and I even stomached some wine (which I can't seem to usually stomach anymore, and so have been missing immensely with all my meals the odd meal).


Here's a couple of pretty photos of me and a girl I grew up living next door to, Carole, who also shares the same birthday... 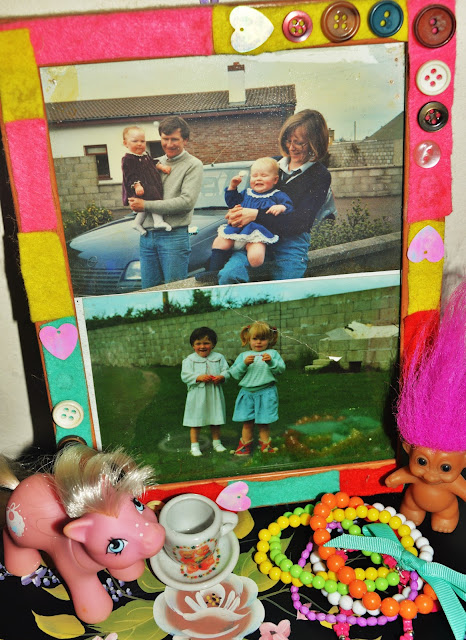