So, a couple of health updates...

Bicky rang the hospital for me, the one I was in the A&E last time, where "Dr. Jane" said I needed an emergency appointment with the orthopedic doctor (and that I could get one in 6-8 weeks). Well, as I should have known, that was all lies.... I don't think she lied on purpose of course, not at all -As I've said before, hospitals here are very much compartmentalised and one doctor does not know what is happening in another department.

Anyway long story short -Receptionist, bit of a cranky bitch. They hate being annoyed (hence why I do not ring and inquire about these things anymore, but Bicky wanted to try, as the A&E doctor told us to ring in).

...About 18 months she said, and that is that. There's not really such a thing as an emergency, like we were told it was. Then I received a letter a couple of days later saying
20 months (still no date of course, just a rough guess). With a good few words in bold -Ok, ok, I get it, lol. No inquires allowed!

But the liaison officer was lovely. She can't help us get a quicker appointment, as has no control over it (in fairness, not that the receptionist does either. I understand that. But at least let me ask a rough month without being a C U next Tuesday). Advice of said liaison officer: Go private. at least for initial appointment. But not in that hospital, as their private list is around the same waiting times. Completely fair enough -appreciate her honesty and her niceness.

So, after ringing around, Bicky has found one for me in August! Quickest we could find. So excited -Although maybe I shouldn't be... Maybe I shouldn't believe it yet, lol... I'm also still on the list at my local hospital (about a year/ year and half now, although they do not do surgery there, but may give me pain injections) and I have went on the list for another Dublin hospital recently too (the one that lost my application -This time my doctor has faxed it over).

So, that's three orthopedic waiting lists I am now on! Lets just see if either of the public ones come first... obviously not, ha. But I will have the August one (as I'm paying for it) no matter what.

...As for the surgery, they have assured me that I can go on the public list for this after a private appointment, but I will have to see what the list is like. I also plan on asking if it would be cheaper for me to pay for surgeries myself in another country....

FYI, for those asking or those who have missed when I have mentioned before:
There is indeed a treatment abroad scheme that the HSE fund, for those who cannot get treatment here in Ireland. However, this list is EXTREMELY long. I am not an emergency case in that sense -I can simply get a wheelchair, I am not dying. Here's a recent story about the list:

HSE gets 20 calls a day over treatment abroad

So obviously the last few years I've had a lot going on, health wise, including the big C (no, not referring to receptionists again, har...), and sometimes, well sometimes... You just kind of ignore some things. Like I haven't been to a dentist in years, and when my eyes hurt the odd time, I ignore it. This isn't uncommon with people who are already sick -Ain't nobody got time for that! You have to prioritise your energy into what needs sorting out the most, and try fit life in between, and of course you're already low on energy as it is.

I thought at first I wasn't washing my make up off properly. One eye was worse than the other, and it was only sometimes. I would wake up and the eye would be painful, scratchy. Like something in it. But I would try wash it with water and it wouldn't help. I would just have to wait for the pain and swelling to subside and rest my eyes.

More and more it had been occurring. I wear glasses, but overall my eyes haven't changed much in the last four years... Glass wearers will know that's it's meant to be every two years that we get checked out, but ya know... Meh. Anyways, I began eventually noticing that not only was the eye sore, but the vision a bit cloudy.

The other day I realised it had become very cloudy. I had gradually been using my phone less, found it hard to see screens, to read anything... I could open it more than usual, although the gritty, broken glass pain was still there... But because I could open it more, I could see the full extent of the distortion. White, cotton like fuzziness and sparkles off lights. Being outside was particularly becoming harder and harder. I'm not sure how I managed to even ignore it for so long.

Only because I was picking up my usual prescriptions, I asked the lady in the chemist if she could suggest any drops. As it didn't seem like an infection, she said she would prefer if I went to the opticians for advice. On the off chance, I popped in there and they were able to squeeze me in. Again though, I really thought nothing of it -thought I might get some pretty new glasses though, lol...

So, the results:
I have very dry eyes, possibly blocked tear duct they assume, or some kind of tear duct dysfunction AND the start of a cataract ??!! ...Yep, I am 31 and have the start of a cataract. And a cane. And I'm getting a wheelchair soon... I actually laughed when the optician told me! Not sure if this is part of the bigger picture (as plenty of diseases cause joint pain and eye issues like this), or unrelated, but we'll see in time. Nothing they can do about the cataract yet except  monitor it. I was given drops for the dry eyes but they didn't help so now have a gel which seems a lot better. But light still very sore, like my retinas are being burned off... I would say though, it's because I left it so long without treatment! Actually feeling like an idiot, lol.

I look really cool though, wearing sun glasses all the time.... Yep.

Hopefully in a few days they will kick in properly and the eye sensitivity will start to go away... man I am so old! And if you read this really long, and very boring post, then thanks! It is extremely difficult to see the screen and this took ages, lol.

Please excuse both the snore fest and any spelling mistakes you may have encountered! Fun posts next week, I promise. 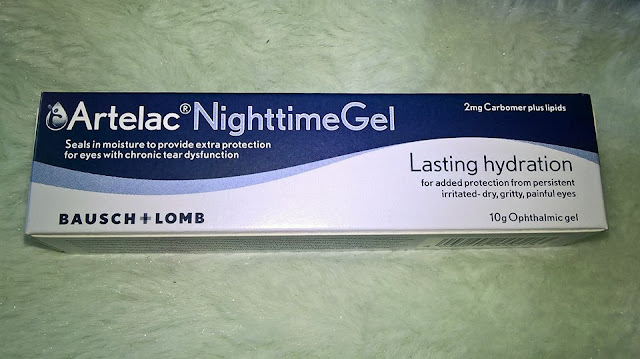