Back on the road

Hi all, long time no write! Unfortunately, as those who follow my Facebook page already know, I've had several health issues impeding my typing and so have had to take an unexpected break (including good ol' peripheral neuropathy, an ongoing issue worsened by the long-term affects of chemotherapy). Hopefully the end of this is now, and I can start writing more regularly again.

So, to keep everyone posted -My latest health news, on the road to a real, full diagnoses... Or at least, the road to finding any form of doctor/ specialist/ consultant who will take me on, who I don't scare the bejaysus out of, who will not look at me with sad eyes and tell me "I'm sorry... I'm not qualified to deal with your case". 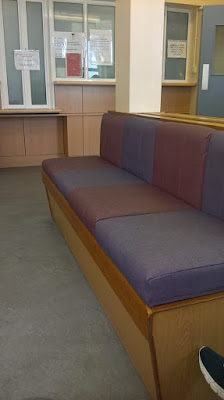 I recently had yet another appointment with a physio -this was my third physio appointment as an adult, although this at least was in a Dublin based hospital, and was a sit down/ office appointment to review me for possible hip surgery. Like a pre-pre appointment before seeing an orthopedic surgeon.

Unfortunately, (as with the two previous physio appointments that I've had in the last 10 years, and the neurology appointments, and a couple within an rheumatoid department a long time ago) I heard those same words... "I'm really not qualified for this".

I'm not upset, or angry, I went in with little expectations. However, the next part hit me a bit hard - "A surgeon won't touch you... you're too unstable, you have no core strength or balance and will not recover well from surgery. I'm sorry". It was a blow, but an honest one, and perhaps it's something I should have considered....

Overall the appointment went well (yes, really, haha). She did all the relative and usual strength and balance examinations on me, before hitting me with these two bits of disastrous news... they're so embarrassing, I can't do them at all and feel like a massive idiot, I don't think
that's something I will ever get used to feeling... It's humiliating, but they need to be done.

She was the first ever person to tell me that I'm quite hyper-mobile, that I have joint hyper-mobility. Now regular readers will know, I've always been quite aware of this, in fact I wonder if I have EDS. But I have never, ever told a GP or consultant this. Firstly -it's Ireland. Finding anyone that knows what either HMS or EDS are? It's a fight I'm just simply too tired for. Secondly -dare tell a specialist how to do their job (I know it isn't, but they might see it like that)... Not even going there. So I waited. And now, at age 31, this physiotherapist (who I will call Rose for the purpose of storytelling) FINALLY noticed. "Look, see how your hand bends, see? That's very hyper-mobile... and your toes, the way they spread and bend...", Rose exasperated during examination, I think shocked that it had never been noted before by any doctor.

"I know", I replied calmly to each new bendy finding.

Rose spoke in serious tones, but was gentle, kind and concerned. I think she was also very confused as to how no one has offered me treatment yet -with issues that she said started at childhood and should have been noted then, should have been treated then and not only beginning in adulthood. How no one could find a suitable specialist for me, in the last 10 years since I mentioned it to a GP. But she admitted, this was not her either. Like many before her, Rose was upset she couldn't help...

She also said she believes I have dyspraxia. Apparently hip dysplasia and joint hyper-mobility can be symptoms of this. I was taken aback, I only ever knew dyspraxia with the added elements of learning difficulties, and while I struggle with maths I don't lack skills in organising, prioritising or show signs of ADHD/ other associated learning or behavioral issues. Both her explanation and a Google search showed that my previous misconceptions were false -that it mainly affects motor skills, with sometimes secondary elements but not always... Which is why it may have been so easily missed in my case. She asked if I crawled as a baby and I replied that I did not know. I later asked my mum and she said I didn't -which can be another sign. I can't use a knife and fork properly, but I've adapted... And other issues. But I adapted, and put a lot of it down to pain and being "wonky" because of the hip. I just assumed that alone would put me off balance, that having low BP/ dysautonomia didn't help either... Not that I had a coordination disorder.

She was brutally honest, to the point of trying to scare me it would seem -telling me how bad my case is. I'm well aware of how bad my case is, I told her so... Sure I'm the one living with it everyday. She vowed to help though, to find someone qualified to deal with my health issues. She went back and forth during the appointment of who to contact, a little perplexed at what the course of action should be. She finally decided on an occupational therapist, as they are who diagnose dyspraxia in normal circumstances.

As an adult, I'm not sure if I will get a full dyspraxia diagnoses -after speaking with other adults who were not diagnosed early enough, there is no space for me within Irish healthcare. Treatment for dyspraxia is probably too late and they rather concentrate on the children... Sounds ridiculous, but I'm hearing this time and time again. I've of course naturally been doing a small bit of personal research into the condition, and stories from adult sufferers like myself are always best. So a diagnoses there is probably a no no. But I don't mind -hell, I never even considered that I had it ever before, so it feels like no lose to me... I do wonder if things would be different if I was diagnosed as a child, I wonder if the doctors knew and is that what they meant by "wonky", but I refuse to let my mind drift there.

She is more concerned about the hyper-mobility anyway, and so am I. I need a specialist who can help me work out a treatment plan -safe exercises that I can do, someone who understands that my joints partially dislocate... Someone that can help me build up my core strength and balance without damaging my body further, so that I can potentially have hip surgery in the future. Rose said hopefully the hip will hang on another few years, so I don't need a replacement straight away. She said that because of all the pain it is causing that a surgeon would probably do it now, if it wasn't for my body being in such a poor state. As I said, it was a shock, I hadn't considered that I would not be strong enough for surgery or the recovery, but I'm ok with that decision. And hip surgery won't help all the pain and issues... which I knew.

I just have to make sure to get some form of treatment to help me maintain muscle over the next couple of years, before it's too late... Or else, I will never be able for surgery. I don't really know what happens if it comes to that further down the line; I didn't ask, I don't want to know. She said it's imperative that I build up and maintain muscle, develop my core and work on my coordination ASAP... Trouble is, she doesn't know how I should do this. No one does. No one wants to accept responsibility in case they injure me, and this is just absurd.

So by the end of the appointment she had decided that an occupational therapist may help, and that she would at least get talking to one in that same hospital about my case. She said she needed to have a think about it, that I require a healthcare that would be like a form of rehabilitation, like "taking baby steps". But she admitted that she wasn't certain if such a facility existed to meet my needs. The fact that she is trying is a massive deal to me though. It's more than "I'm sorry, I'm not qualified for this". It's an I'm sorry, but I will help you -Or rather, I will find someone and somewhere to help you.

A couple of weeks later I received a letter from Rose, stating that after a discussion with the occupational therapist, they couldn't assist in my case either. BUT they were referring me to another hospital more equipped to deal with dyspraxia and HMS, to a rheumatoid department. Another quick search and chat to people suffering with similar conditions proves that this place could actually be the one. Fingers crossed the waiting list isn't too long.

So thank you, Rose... I felt I didn't say that on our meeting, as I'm always reserved when it comes to getting my hopes up. But for even finally diagnosing my joint hyper-mobility and how that is contributing to my pain, truly thank you.

I feel more confident now... I was right all along. From now on, no holding back. 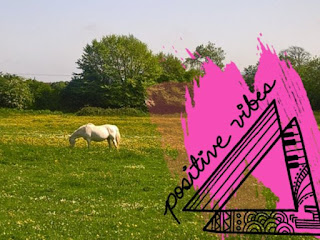