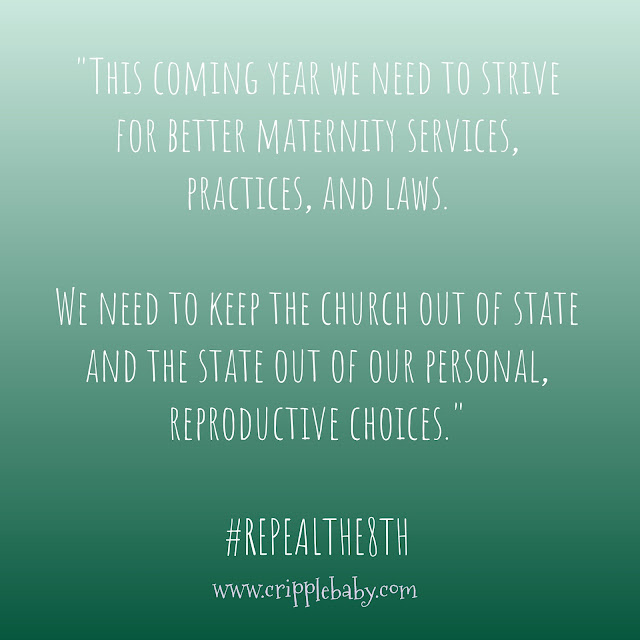 By now most people have probably watched Amnesty International's video regarding Ireland's 8th amendment and why it should be repealed and what issues it currently causes (if not, watch below).


25 Annoying Things About Being Pregnant

For me it brings to mind of when I was diagnosed with cancer, back in 2013.
It's probably best to start with a personal story.

No I was not pregnant, no I was not planning to become pregnant, and no I was not planning on having an abortion. Yet the tone was set for many a discussion around such subjects, the very minute I was diagnosed. One might assume this conversation would take the form of discussing options for egg preservation, in case of future fertility problems. Although this was never mentioned really, only glossed over very vaguely, and only when I tried to bring the subject up. A simple "I'm sure you'll be ok" was all that was given in this respect. Something I realised later was vastly different from the experiences of UK cancer patients, through discussions on support forums. I can only assume such options aren't granted free by the HSE, and perhaps some doctors just see it all as a bit "icky"? I really have no idea. The only guidance I was given with that side of things was the nurse whispering to me during chemotherapy inquiring about my periods, stating that a regular flow (sorry lads, not sorry) was a good sign at least.

No, this was not the route of the pregnancy conversation. The one and only topic was around what would happen if I became pregnant during my treatment. Of course I was advised to use all the contraception possible, to not purposely become pregnant during this time -obviously, that would be irresponsible. But as we all know, even with all the contraption in the world -shit happens.

In this scenario the woman has two choices (in other countries) -continue the pregnancy, reduce your treatment (or stop completely, although that wouldn't be advised by a doctor) or plan a termination, in order to give yourself the best chance of survival. Neither option is easy, and depend on so many factors as well as personal choice. Yet women make these choices for themselves, all around the world, every single day. And we trust they know what is best for them. Neither case in this regard deserves judgement, they are and should be, case-by-case decisions made by the women themselves and fully supported by both medical staff and loved ones.

So when I was diagnosed with Hodgkin lymphoma in 2013, I was quickly informed of what would happen if I became pregnant -They would reduce the treatment in order to give the foetus the best chance of survival. At first this seems like just good advice, a reassurance that if needs be they will do what they can to help me. I am a young woman of child bearing age, so it's all relevant. But this mantra was repeated again and again during my treatment, by various medical care professionals. Many a conversation about saving the life of my hypothetical foetus. To get the point across that in this scenario, in this country, I would have no choice.

It became annoying. Especially as there was no word ever made to discuss the possibility of freezing eggs for the future, if the treatment was to effect me in that way. Zero advice given. I only realised that many people have such procedures pre-chemotherapy, through reading stories from others on online, UK based HL forums. I tried bring it up a couple of times in the early days, before treatment commenced, but no one in my team seemed to know anything on the subject. IVF is not available through the HSE and so not worth discussing... Still and all, information on fertility (even if I had to pay for services) would have been a lot more beneficial to me as a patient, rather than the continuous discussion of current, hypothetical pregnancies.

It's something I've looked back on often. Sometimes with amusement, but mostly with dismay. It just makes me feel very uneasy. My life is more important than a hypothetical, or real, foetus -The life of a fully grown adult is not equal to that of a zygot. Before we even bring choice into it, that's simply the case. As heartbreaking as that can seem in situations where a pregnancy is not viable, or comes with a hefty price. This statement excludes cases of late term "abortions" due to fatal fetal abnormalities, as we all know that late term "abortions" are simply not done for the craic (in any country) and any further explanation on that would frankly be stupid and I hope unnecessary. When a matured, wanted foetus is dying in it's mother's womb, it's horrendous for the parents. It's not something to be mocked, or mislabeled. And it certainly isn't something Irish parents should have to deal with alone, in a different country. A financial burden on top of saying goodbye to their child in peace.

But in MY case it should be MY choice. 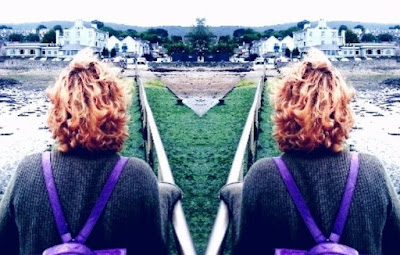 Luckily I finished my treatments without any accidents. But shit does happen -it happens to Irish women each and every day. So I have to put myself in their shoes. What would I have done? Would I have been able to access medical support after coming home from England? Would I financially be able to even afford a termination? Would I be held by the state if I informed my doctors of my wishes? Would I even feel comfortable telling loved ones? Looking at such a broad issue, simply in my own terms, my own real experiences, just  does not cut it. And it shouldn't cut it for anyone. To truly look at this 8th amendment and the restrictions it poses on Irish women rationally, we must not only look at it from how our own lives have gone to date. We must ask ourselves, "what if...?". This is only one, small scenario that I can place myself in, even though it did not happen to me. Even though (under normal circumstances) I really don't think I would ever choose an abortion in my life time, as I plan to have children and feel somewhat currently settled in life. But sometimes the choice is taken out of our hands, as with FFA cases. But that's the whole point -Saying you are "pro choice" simply means that you realise you do not have the right to decide for anyone else, to judge their life. You simply do not. There are so many scenarios -so many stories that are not our own and we don't get to decide the ending. 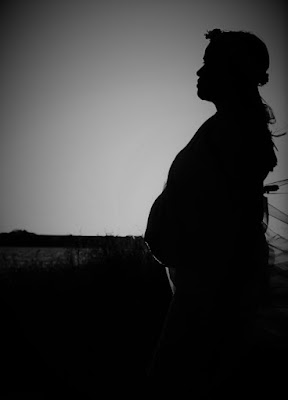 You can be pro-choice without actually ever having an abortion. And that's the case for a lot of people who consider themselves pro-choice. Abortion isn't always an easy option -But it's also important to note that many who terminate have no regrets and know it's the right choice for them; for all sorts of reasons that are none of our business.

No one can 100% truly say "I will never terminate a pregnancy", even when it seems completely unthinkable in our current lives -shit happens. Either way, the 8th amendment effects #EveryPregnacy. It is regularly cited to take away maternity care choices. It does not stop abortion from occurring, it simply sends it elsewhere (the UK). In the cases of Irish people who cannot afford to travel, it promotes the use of unsafe and unregulated measures. It separates society, brings about class systems in health care -those who can afford safe abortions abroad, and those who cannot.

This coming year we need to strive for better maternity services, practices, and laws.
We need to keep the church out of state and the state out of our personal, reproductive choices. We need to repeal the 8th amendment and allow for safe, free and legal abortions for all women of Ireland.

For further information on ways the 8th amendment may effect you or women you love, see:

❤ 20 Things You May Not Know About Choice In Ireland Today

❤ "It Was Horrendous, So Scary": Woman's Whose Son Had Fatal Fetal Abnormality Pleads With TDs

❤ All Pregnant Women Are at Risk Under The 8th Amendment

❤ How Does the 8th Amendment Effect Continuing Pregnancy in Ireland?


And for some general info about the 8th amendment:

❤ Explainer: What is the 8th Amendment?

❤ Eight Amendment of the Constitution of Ireland 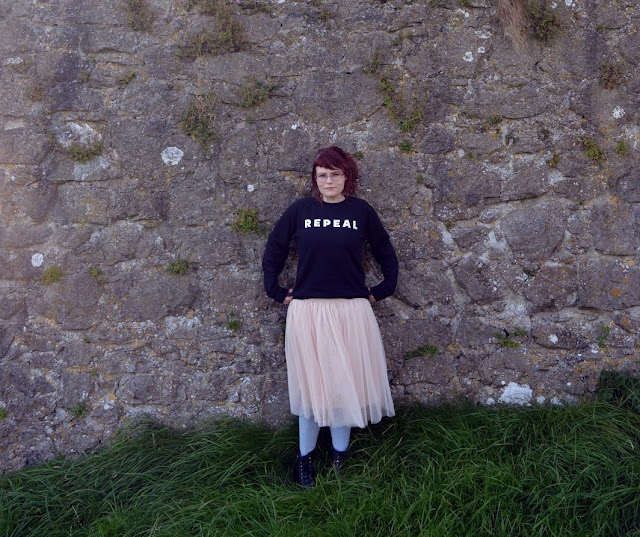