And now for all the boring stuff. I'll keep it all as brief as possible!

Here's what's been happening since my trip to London...

On the advice of the London physio, my own little miracle worker decided to try and unlock my thoracic spine (which we believe has been locked since childhood). As this being locked is causing immense pressure and strain on my c spine (meaning that my head has less support and the neck is struggling to keep it upright daily as the c spine is doing so alone), unlocking it would help bring about some strength and stability. Maybe even decrease the neck dislocations. 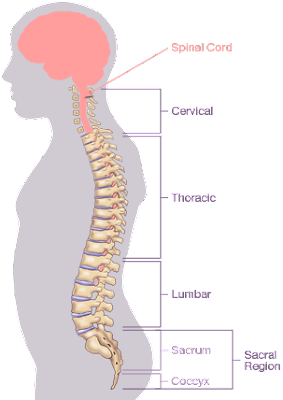 She explained to me how this slow process would go. I would lie down on my front and she would gently touch along my t spine, encouraging the vertebrae to open slightly. There are apparently four stages to this process, although with my issues she was reluctant to even suggest that we get to stage three. She was hesitant, as she has never attempted this on a patient who dislocates/ has EDS, but as I was keen and London agreed it was the best option for me, she was willing to go ahead with the treatment.

We would start at stage one and build up, I would see her one a week to try and progress to the next level. It was somewhat experimental, and neither of us could predict the outcome. Firstly because, well, everyone is different, and secondly because she has never performed this treatment on anyone with complex issues. I could sense her fear, so I really appreciated her agreeing to proceed.

I lay down and she gently touched along my mid spine -tiny, little nudges. Not even taps. Muscles that hadn't been activated in years began to spasm as the vertebras were moved. Odd twinges along my sides, radiating from the spine. It was a strange feeling but not unpleasant. The movements were so tiny yet so powerful. I left that day with an appointment for the following week.

Unexpected side effects of the bizarre kind

Within minutes of leaving the clinic my gag reflex went into overdrive. I started making the strangest sounds as my body lunged forward, violently spasming along my diaphragm. It wasn't painful, but was annoying, and uncontrollable. As well as hilarious. I sounded ridiculous. Something almost goat-like. Bicky was in stitches. This was a very unexpected side effect from what seemed like a simple manipulation of my spine.

The gagging lasted about two days, calming down by day three. By then pain had really kicked in. My usual vestibular issues has intensified including fullness in the ears and loud ringing/ waves/ etc. (even with medication). My neck felt crushed as my head felt so heavy. My muscle spasms and rigidity intensified (again, I was taking the medications that usually control these symptoms). It was very disorientating. I felt all kinds of wrong. By the time the week was up, it had settled down... Anyone who sufferers with intense chronic pain will tell you -when the good days come, you can almost (almost) forget how bad things were. This makes it really hard to explain to doctors and acquaintances. We accidentally play it down. Our minds protect ourselves from the trauma, and we often don't remember it as bad as it was. I spoke with the physio and told her what had happened. She was concerned, but I insisted we continue. I figured my body would get used to it and it was natural. After all, it had been locked in this position for decades.

So she did another manipulation, but stayed on "stage 1". She was cautiously keeping things slowly and not progressing to the second stage as planned.

But this was worse. So much worse. My unexplainable eye blindness (in my left eye usually) came on suddenly, and stayed for longer than usual. Two days this time. I had guessed before that back pain had brought it on, but I didn't understand the correlation (and still don't). So this confirmed for me that the issue is partly due to something happening in my thoracic spine (I also have issues with dry eyes and a small cataract, but this blindness is different -comes on suddenly).

Doctors who know about EDS are few and far between, and non existent in Louth. We have no A&E in Dundalk, so the nearest hospital is Lourdes in Drogheda. EDS does not exist there. There's no point in going. Beumount has been advised in the past and I don't mind the extra travel at all, but again, EDS really doesn't exist in this country. There's very little they can do, Google can only advise them so much. Yes, Google. I have been in this situation before. I honestly don't mind though -I'd rather a doctor be honest and admit they do not know the condition, rather than the giant egos we are often met with. But there is very little point in going to an Irish hospital, particularly here. But I have never wished so badly for a doctor in my life; some form of reassurance and healthcare.

Not wanting to go permanently blind

I sadly had to admit defeat. Even if I could convince my physio to continue, I'm not happy putting her in that position. I was honest with her on our next appointment, told her fully the extent of the side effects this time (it was quite traumatic and there was no forgetting it). She was concerned and of course said she could not continue. We don't know why I was reacting like this, but it's best to keep the thoracic spine locked.

I continue to do small exercises that do help move it a bit (although not permanently I gather). One method involves Bicky rolling a tennis ball along each side of the spine each night. It actually feels really nice and doesn't cause as extreme reactions (we are careful to not roll over the actual spine itself).

The physio has ordered me a couple of braces to use when I'm dislocating badly and need some relief, one for my knee which is badly needed. So I look forward to that.

Ehlers-Danlos syndrome continuously amazes me, freaks me out, and has me and my doctors/ specialists shrugging our shoulders and laughing nervously. It's the gift that keeps on giving!

As it's summer I'm having a hell of a time with dysautonomia from the heat, it's a massive trigger for me. Feeling faint and such. Hopefully I'll have some treatment soon from cardiologist, if not I'm looking into a sports helmet to wear around the house. I banged my head so often last summer, I'm really shocked that I don't have permanent damage.

On May 25th, the battle was won. It was a beautiful few months, an emotional and heartbreaking experience, as eye-opening as the marriage referendum three years ago.


The amount of crying I've done over the last few days, weeks, and since hearing the amazing exit polls, not one drop. Maybe I'm too exhausted, maybe I don't want to believe it yet. Every one one of those tears were important though. They were for the stories I've read and heard, they were for the frustration and the joy. Canvassing was fucking tough and after the marriage referendum I didn't think I could do it again. But I'm glad I did. I've became closer with old friends while meeting so many new, vibrant, brilliant people. It's rare that I'm proud of Dundalk, proud of Ireland, but we are a people when we want change it becomes an active demonstration and I will always love that. We're fucking deadly, lads. To those saying "I knew it would be a yes" -Fuck you. It was by no means a yes all the way through, it fucking wasn't. Don't belittle the last year of peoples lives to that sentence. Enjoy today, enjoy tonight, no matter what you voted be around friends and don't pace alone at home with your feelings and raw emotions. Because no matter what you have heard throughout this campaign -mental health IS health. If you are in need of free and confidential counselling, please contact SOSAD Dundalk - 042 9327311 • • • #Landslide #Together4Yes #DundalkTogether4Yes #RepealThe8th #Ref2018 #ireland #dundalk4choice #dundalkforchoice @dundalktogether4yes
A post shared by ☾Kitty Colbert☽ (@kittypotpie85) on May 26, 2018 at 4:45am PDT

I'm feeling particularly cocky and hopeful for the future of Ireland -from a shrill, feminist POV. Seriously, come at me with your ableist nonsense, your eye-rolly mansplaining of the whole process of the referendum, your ignorant "what's the point in protesting anything" bullshit, your general crap ideology, telling a woman, a human, how to act, how to be, how we should just accept the way things are, how we should calm down.

...
Oh yeah, and I got married in March. Secretly.

But we'll catch-up on that in my next post! I'm too busy being shrill and fabulous right now.
(and no, no I did not take his name).

A few photos from our secret wedding back in March. Photos by @mianphotography.training (who were also our witnesses!). Ceremony was a simple, quick swing by registry office and then photos taken at @farnhamestate. We had so little to plan and it almost all fell apart at the last minute 😂 Luckily the snow storms subsided and everything came together. I’ll write a blog post about it all over the weekend. 🎀 🎀 🎀 #wedding #secretwedding #farnhamestate #buckfast #mianphotography #flowercrown #hubby #carer #casualwedding #smallwedding #elope #eloped #ireland #teddybearspicnic #forest
A post shared by ☾Kitty Colbert☽ (@kittypotpie85) on Jun 15, 2018 at 2:29am PDT