The one where they got secretly married (nay neH)


So I've briefly mentioned this in a couple of my last posts and I'm sure some of you were like, wait what, did she just swipe over all that gossip of eloping? Like some kind of celebrity. And yes, yes I did.

But now I'll get all basic bitch and gush about my wedding day for those who want to know the full story -so if you're uninterested look away now.


We're both (myself and Bicky) quite practical people. Laid back, too. Bicky works in the wedding industry so sees his fair share of nuptials. While they're all wonderful celebrations for the happy couple and their families, it's just another, average work day for him. I've never had this childhood fantasy of a fairytale wedding day with a huge white dress, cake... None of that stuff. We're both also (super duper califragilistic) atheists, so a church was never going to happen either.

With all that in mind, and not wanting a big party or fuss or such, I always assumed if we were to bother getting married that we just wouldn't tell anyone. Perhaps, not at all. People might find out way into the future, if one of us was in hospital for example, but I would be content in never mentioning it otherwise.

After a brief discussion last winter (2017) we decided to get married in secret (but to tell people afterwards, as we kinda wanted to wear rings). That was it really. All very practical conversations.


We had to decide on two people for witnesses. As we didn't want to pick two that we knew, to be fair we decided to hire photographers and ask them them to double as our guests. Perfect. Bicky had met Milca and Andy of Mian Photography through previous weddings they worked at, and we loved their photography on their Facebook page.

I picked a simple, gold Cladaggh ring with green, Connemara marble heart centre in Galway. Bicky chose a titanium ring with almost tree-like, rings etched around it, from a shop/ workshop in Dublin which creates each ring to order. We were too laid back with this part though and they had to put in a rush for us, but they we confident they would have it ready to pick up the weekend before our wedding.

I ordered a grey-blue lace dress with a bird design fromt Next and a flower crown from Flora and the Fox on Etsy. My shoes were red Mary-Jane style with thick, chunky platform heals for comfort, purchased from Schuh.

Bicky wore a pare of chinos he already owned (bought him a heap of new ones for Christmas!) and a waistcoat, which he already owned. Yep. That was about the height of it. We did look for a new waistcoat but they were all horrendous and looked riciuloclus. So he stuck with the one he knew looked nice on him. And oh almost forgot -a teddy bear tie. It was a tie I had bought my (now deceased) dad when I was a kid, so it was nice having that as part of the day... Even though no one else there, symbolically or otherwise! Ha.


Who remembers the snow blizzards of April/ March? Yeah, they were fun. Not. For those of you were/ aren't in the country, we had terrible blizzards unlike what we usually would have in Ireland. The type of snow was different -un-melting, hard rocks, and the wind caused snow drift to the point that it piled itself high along roadways. Where we live wasn't too bad -the main town roads were gritted and driving, while hazardous at times, wasn't always impossible. Other towns, particularly villages, had it worse and the gritters just weren't getting out there.

Some businesses had to close. Including the shop where Simon was due to pick his ring up. We're laid back, so that was fine, no biggie -we had a ring he could use for the day and we could just pick up his real one later.

Then the post was effected. That's to be expected with bad weather. So I was pretty positive I wouldn't receive my flower crown on time. Ok, well, these things happen. It's a shame, but I can make do without.

We were a bit anxious about driving to Achill Island (we're not exactly near it, and the roads aren't great in a lot of places), but the weather was set to ease off a little.

Our photographers/ witnesses were more trapped in then we were but eventually heard that things were thawing a bit their end, so we were hopeful.

Then came the news from the registrar. She rang the Friday before the Monday we were due to get married. Explained to Bicky that hopefully they will be open, if not we would obviously had to rearrange. She said she would ring us Sunday evening with an answer when they knew if the weather was going to let up. This was possibly the worst news yet, but we were confident the weather would be ok as it was meant to pick up by then.

Sunday came and no word form the registrar. We tried to ring the mobile number she gave us and it went straight to voicemail. Then of course, the photographers/ witnesses van was refusing to start.

All sorted in the end! The van was fixed, the registrar opened, my flower crown showed up ten minutes before we left for the house, and the snow even thawed at Farnham Estate where we were having the photos taken. It's amazing, like we had so little to actually organising and everything nearly fell apart. I don't envy those organising actual weddings!

Here's some of those beautiful photos from Mian Photography. 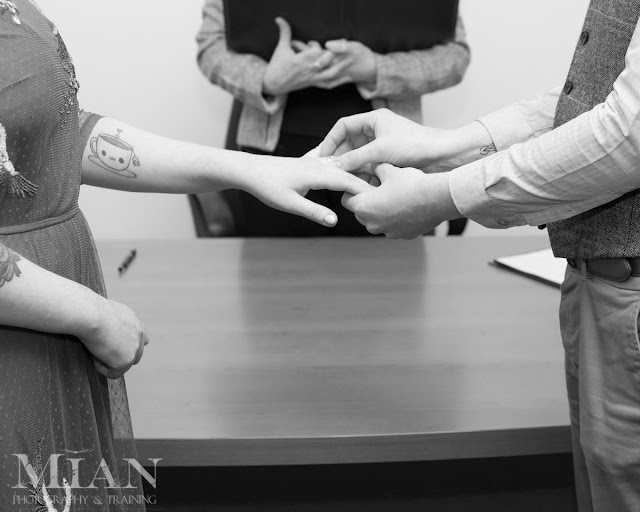 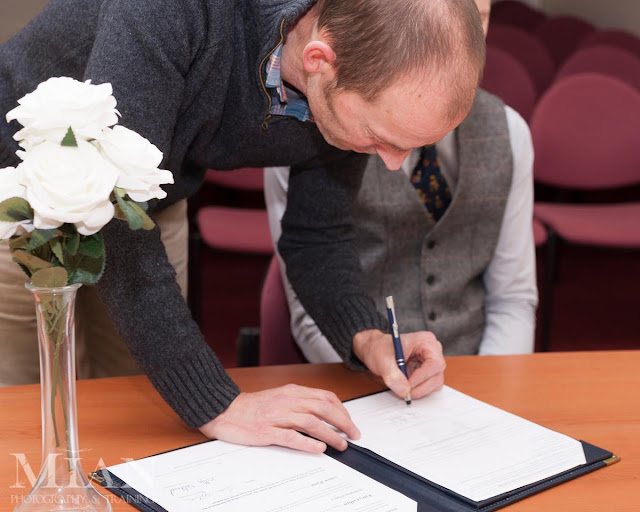 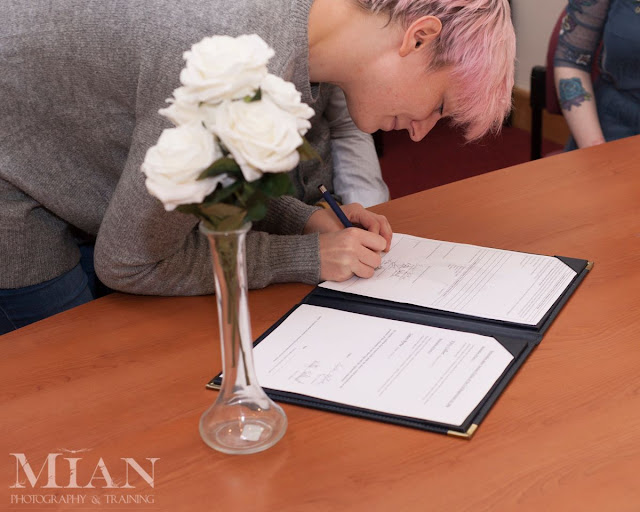 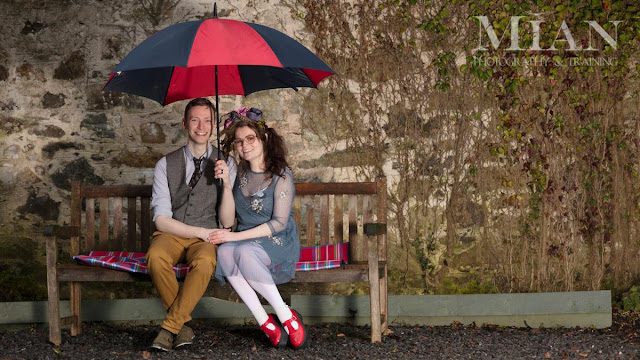 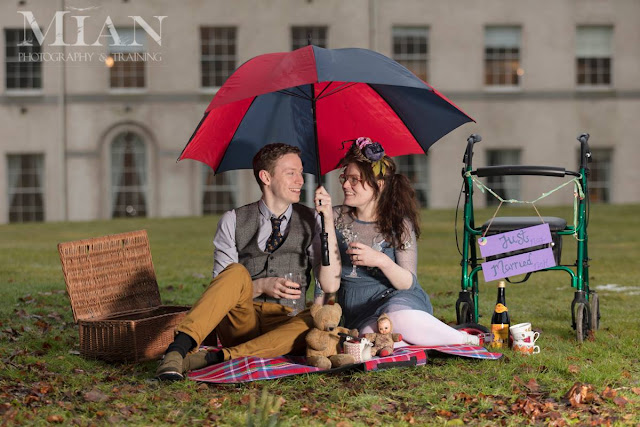 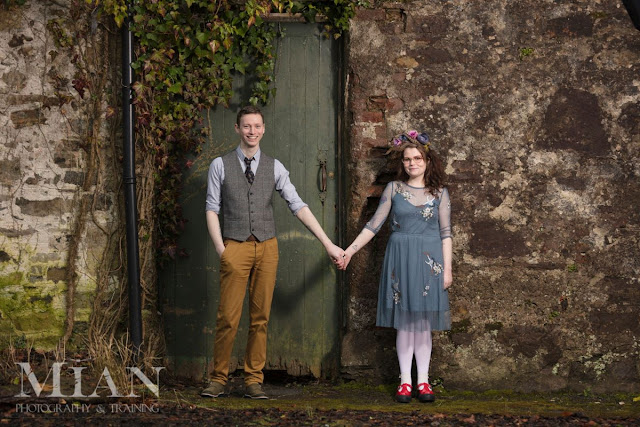 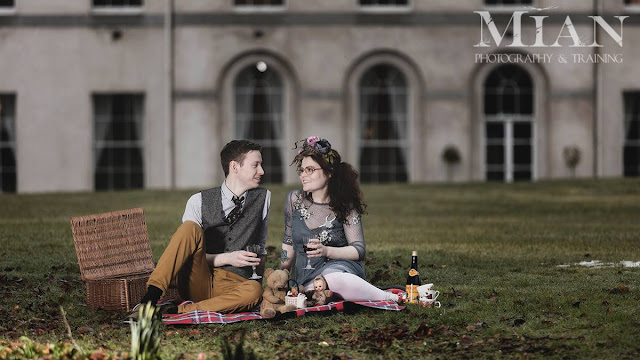 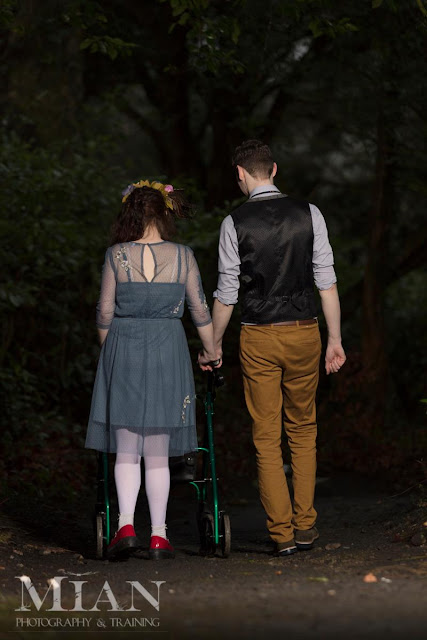 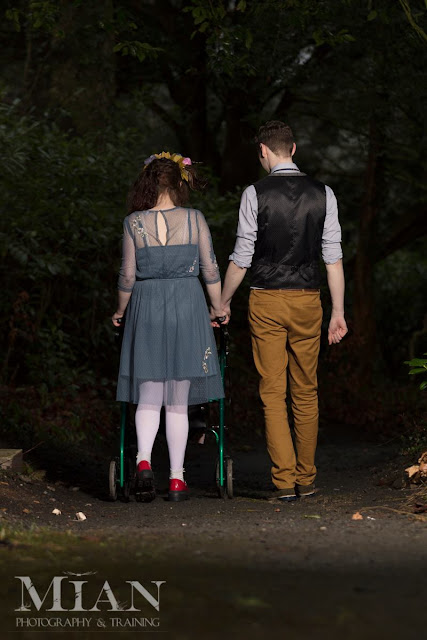 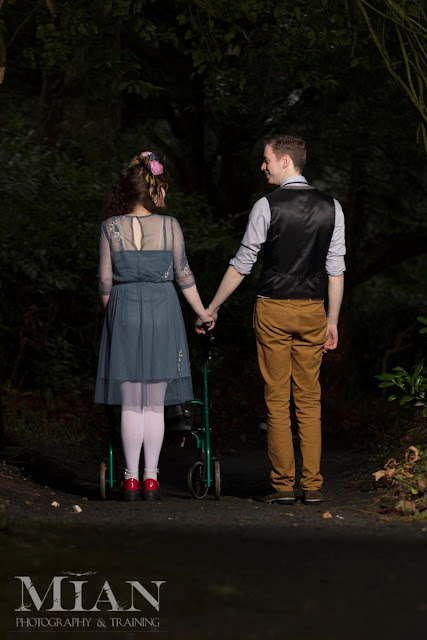 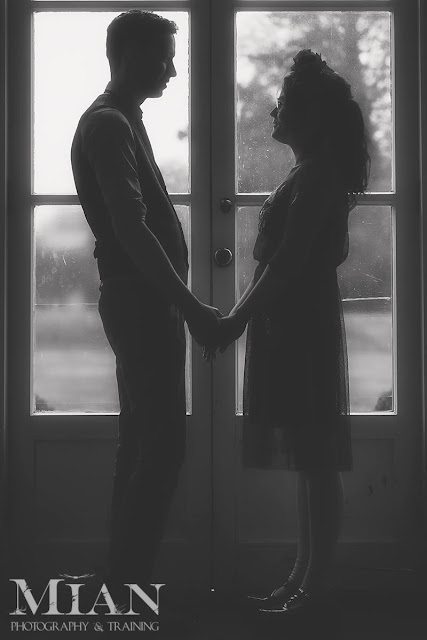 For all the craic on our honeymoon, check out my previous post.

Also take a look at our  masterpiece video thing below -In Search of Achill Henge.

Oh and FYI, I didn't feel the need to take his name. I have my own already 😉