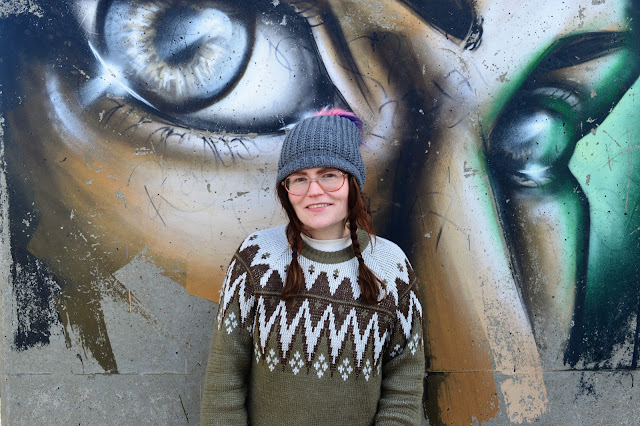 On March 5th, me and my beloved Bicky totally eloped, telling no one at all, and went and gots hitched. Yup. We hired two photographers who worked as our witnesses! That way we didn't have to tell only two loved ones, and try and choose between them all. It was beautiful, laid back and totally the no fuss day that we wanted. But more on all that later. If you're feeling particularly sound then give the photographers/ witnesses a like on Facebook - Mian Photography and Training - I really could not recommend them enough, whether it's your wedding, family/ baby pics you're looking for, or even fur-baby photo-shoots (some very cute ones on there, if for nothing else you should like the page for the cuteness). Very talented pair!


But more on the wedding stuff later (promise). This post is about our honeymoon (we told everyone we were just going on holidays) to Achill Island (apparently we're 50 and it's 1982). We've been before and loved it -the sheep, the silence, the natural beauty from mountains to the sea to breath taking empty and vast landscapes, the sheep again. Loads of craic, bucky and snaps and videos were had.


We visited all the usual favorites, but most importantly we got to see Achill-Henge -the strange and magnificent protest/ art piece/ "place for reflection"/ random rock formation, created by Joe McNamara in 2011. If you Google Mr. McNamara, you'll find:

As it's not exactly meant to be a traditional tourist attraction (heck, it was meant to be ripped down years ago but thankfully hasn't been), it can be a bit awkward to find. Even with sat nav. Being not very able-bodied, I was weary about attempting any kind of climb or hike. Walking on flat grounds has it's issues and obviously a wheelchair would never get up there. But I reeeeally wanted to do it. It took two attempts. The second morning I woke up in agony and could barely move and was having serious second thoughts, but luckily within a couple of hours I could walk and decided to at least chance it. I knew I would regret it if not. It was hard, but not too steep in places. If you're generally able-bodied, you'll be grand like, but it's really in the middle of no where.

We've created a small video -or rather mashed together some photos and clips to create something that hopefully, partly makes sense. A vague how-to guide on getting to Achill-Henge, with both terrible sound and terrible picture. Random rotating accents as part of the director's cut. If you also want non-helpful commentary about the island, we got you covered fam. #Sheep

My cat rated it three stars.

Well worth a visit. It's unique and eerily magnificent and made even better by the shitty attempt at sign posts. Hopefully the council remain lazy in their approach to remove it.